Last week I ordered a fairly cheap Meike LED ring flash from eBay and this weekend decided to test it to how useful it could be. Now, normally Canon will stiff you upwards of several hundred quid or more for a branded ring flash, but for £25 - £30 you can get a simple LED flash and adapter rings that, in theory, provides much the same function. 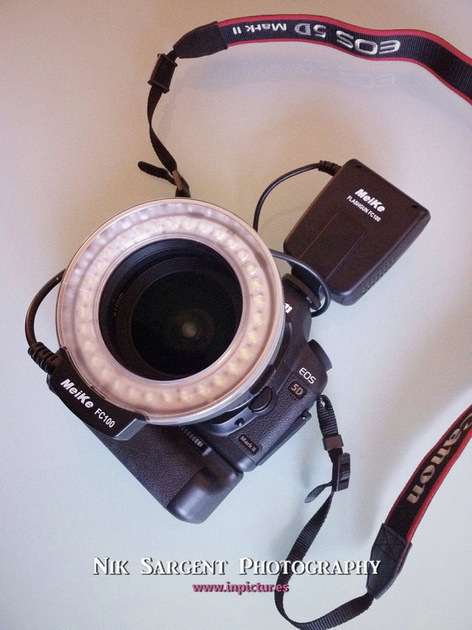 My expectation is that this flash will only really be used for macro work, some simple shots (like photos for eBay) and for close up portrait work - and not intended to be the "fully monty" in terms of professional flash. For a start, the device doesn't communicate with the camera, so metering and distances are something that have to be worked out with a bit of trial and error - but I have to say, these results I've achieved with the flash after a bit of learning are delightful and it really delivers value for money.

I've got some example shots below.

My main setup for the 'close up work' test was this little bunch of soft toy characters: 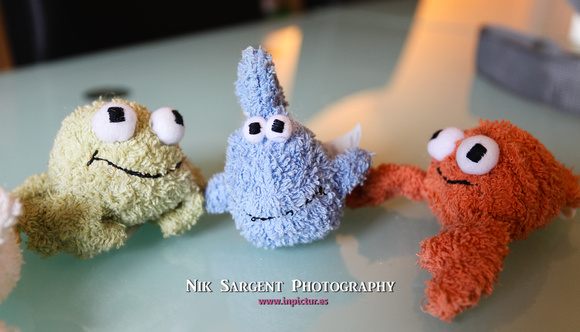 I chose them for the colours and texture and range of dynamics (black all through to white) to really put the flash gun and camera to work. Moreover, I went for pretty complex lighting conditions - with daylight coming from the front left (though it really dropped off by the end of the test), also a small amount of daylight from the far rear; and an indoor lamp in the background. Further I shot on a glass surface to ensure plenty of potential reflections! ☺

The flash consists of 32 LEDs with 8 available power level outputs and also a left/right control to switch on/off half the LEDs. Usefully it can also be set to permanent on to shoot video, or if you want to use TTL metering to set your picture up.

I have to say, I was really pleased with the results once I'd got the hang of exposing correctly (about 2 stops under) depending on distance. I haven't adjusted the camera's white balance choice in any of these images.

Here are some example shots for comparison: 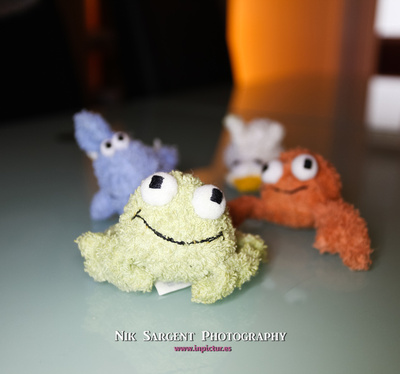 [Left side on only, matching direction of window light] 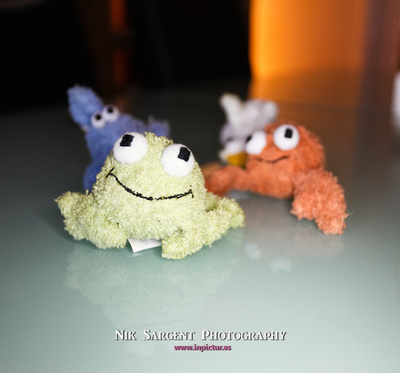 [Right side on only, to counter balance natural light] [And finally a "full frontal" left + right - for comparison]

You can see that the full flash is actually a little overpowering at this distance, even with power down to minimum, but the "half side" modes work well, and the flexibility to complement (add to) or fill in missing natural light is very handy. In all cases the colour balance is very natural and there are no ugly shadow. The reflections are enhanced by increasing the evenness of the lighting (i.e. adding right side, to the front left window). Also a nice pool of light forms around the subject. All in all, very effective.

I created a final edit that looks like this: 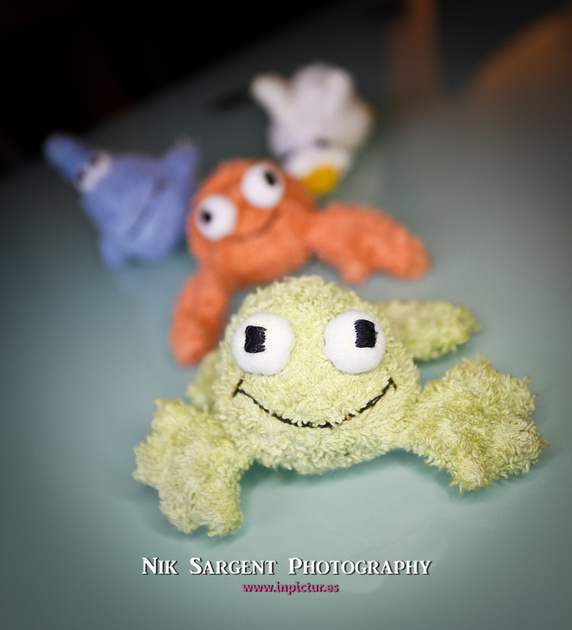 So, a few more examples of these little fellas before moving on to more fun tests! ☺ 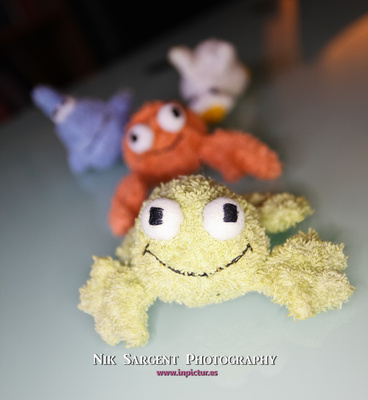 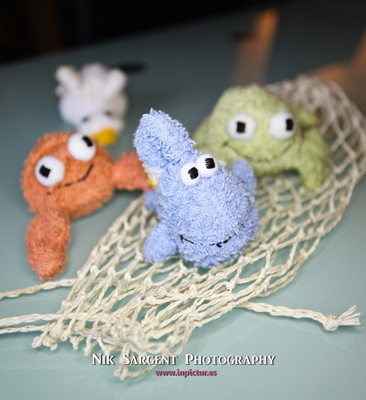 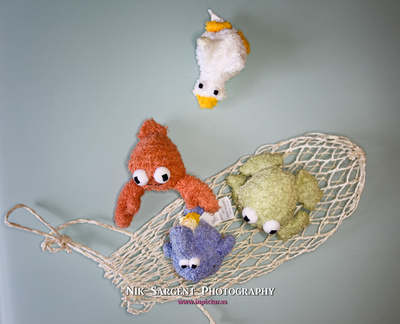 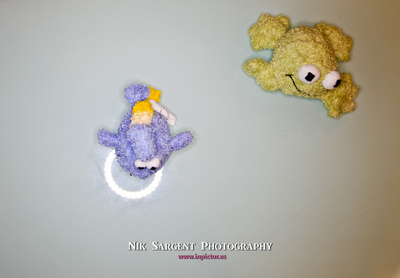 [Some "creative" use of the reflection]

After shooting my little bath buddies, I moved on to some colourful Nespresso capsules, testing both sides of the flash gun again. 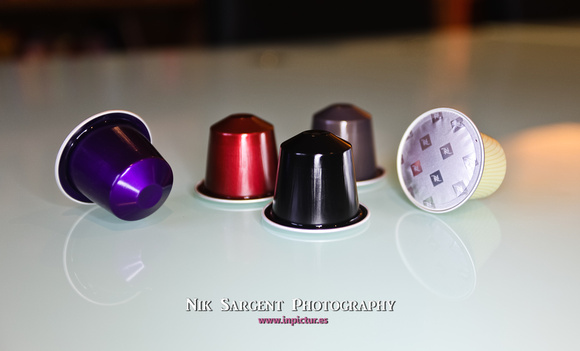 [Right side flash only] 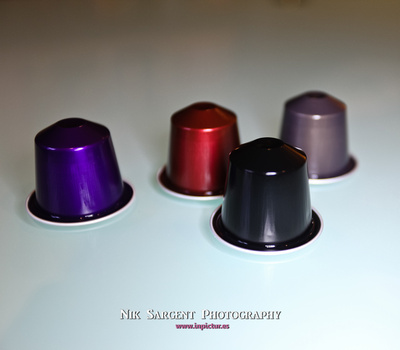 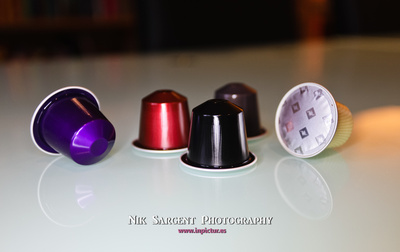 ["creative" use of the Vignette created by wide angle (17mm); the 3 small white reflections are overhead halogen lights] 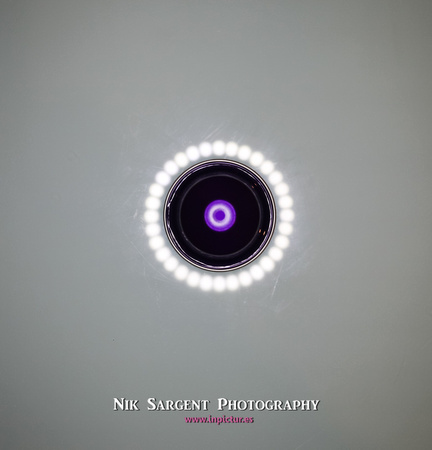 [using the reflection as part of the image] 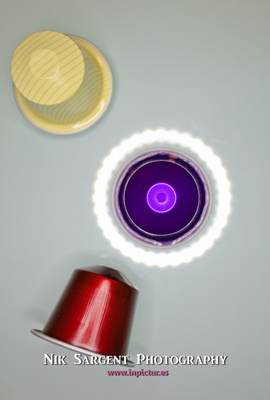 Finally I figured I ought to take at least one portrait - I took a picture of photo-girl making scrambled egg. There is ambient natural daylight (low) and also fill in halogen lighting in front. The results, I think, are very acceptable,with natural skin tones, good balance and no ugly complete loss of shape, while no harsh shadows - in fact it's rather flattering. The colour balance is unchanged in this image. 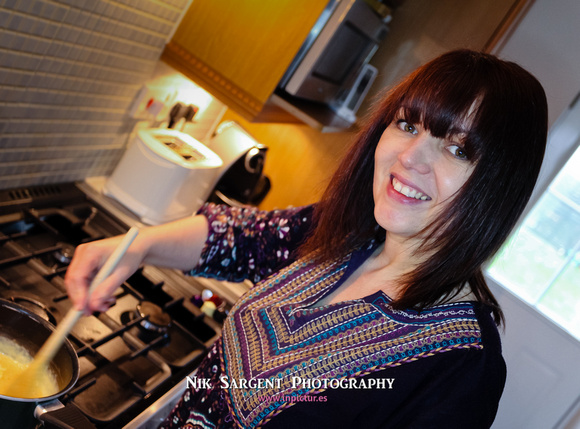 ["out of the camera" portrait]

Of course, me being me, I had to have a play with the styling in homage to instagram :-) 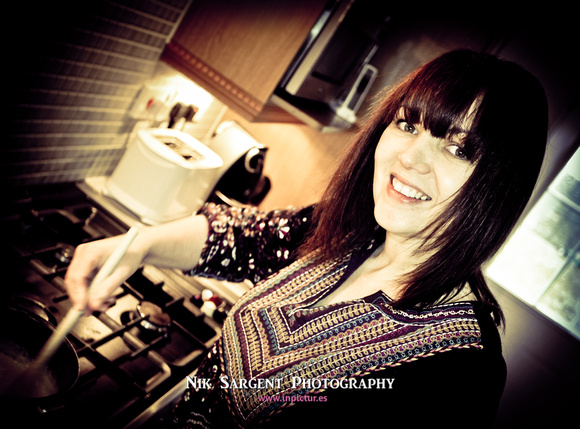