The first few weeks of owning the new camera have been a real joy but up until now my shoots have been confined to working with the 17-40mm lens and testing out the ring-flash.

So, since this last week the bumblebees were coming out of hibernation I thought I ought to prepare and get some test shots in with my macro lens. It is by no means the world's most expensive macro lens: a Sigma 28-80 Macro - but it certainly used to deliver some reasonable shots on my previous DSLR (with a 1.6 crop factor).

This time, of course, it's on a full frame sensor, so I lose some of the benefit of that 1.6x "zoom" - but on the other hand, at 21 Megapixels sensor, there's a lot of scope for finding detail in the image and getting that 1.6 crop (or more) back if I want it.

The bumblebees are very hard to shoot due to their movement and natural vibration (to keep warm - they can only fly at 30C and above body temperature). But this lady bird was very obliging as she rested on our dried-out lavender. Once it flowers it will be a mass of incredible, intense purple, covered in hundreds of bumblebees; but for the time being it is a mute greeny-grey (very reminisent of Polaroid 669 film colours).

The shots below are basically straight out of the camera using the as-shot white balance and although it looks like I've selectively coloured the picture, that's not the case - the lavender is its current natural colour and provides a wonderful canvas for the bright red lady bird! 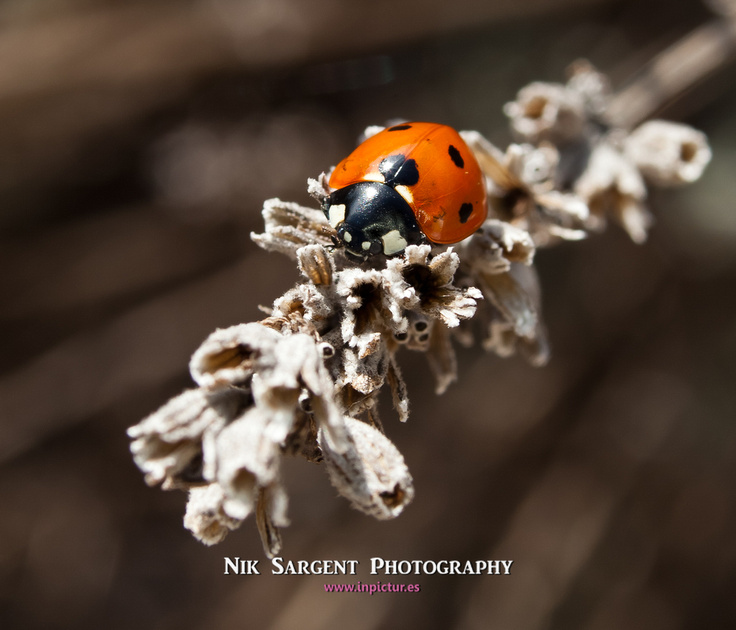 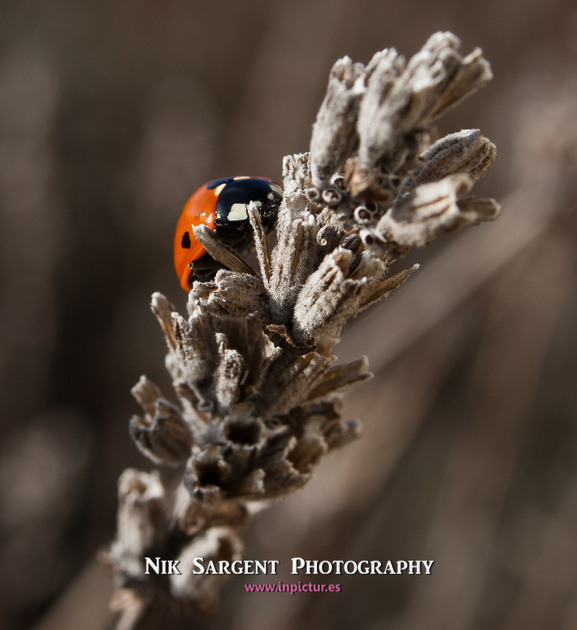 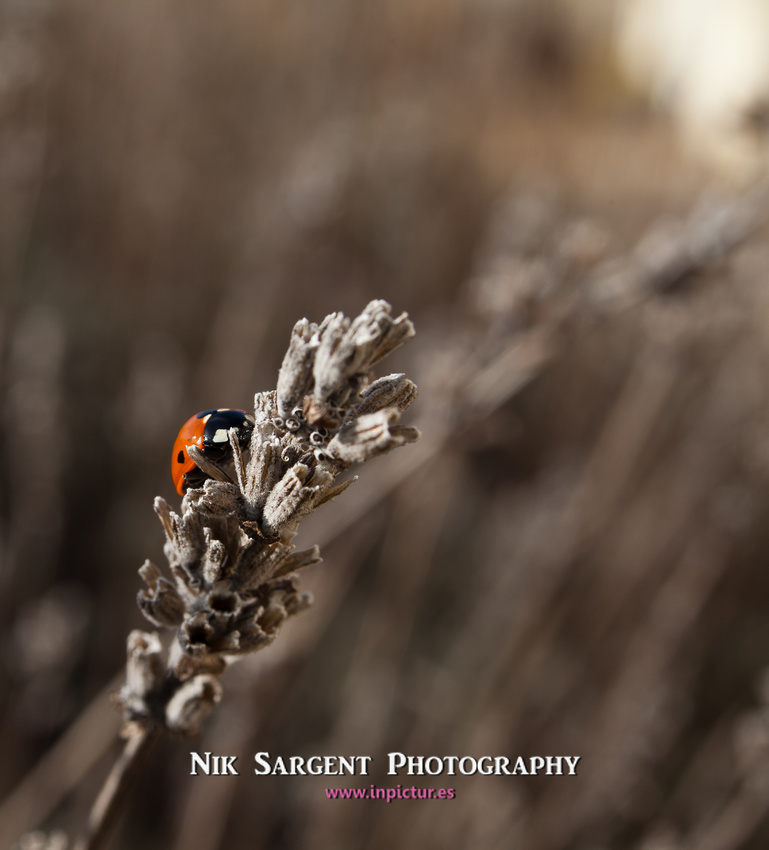 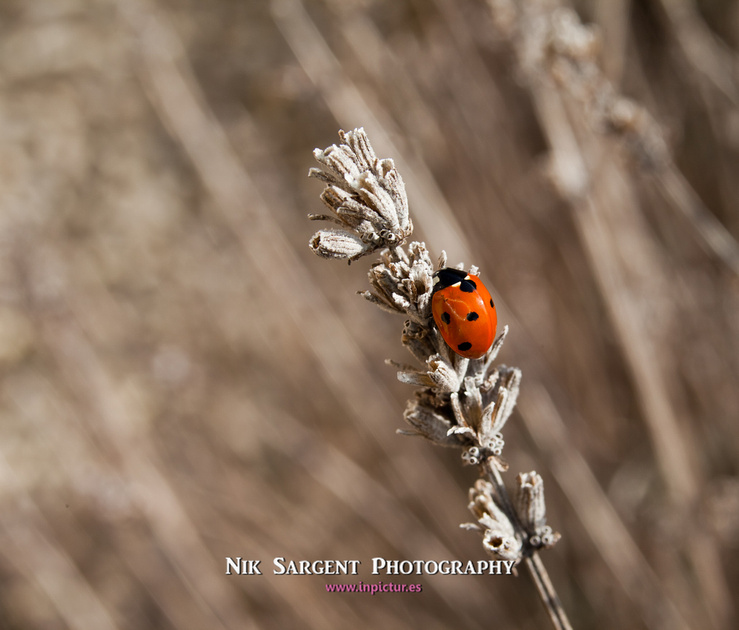 There are wonderful details in the face in the first picture and in the last one, the shell has an extraordinary texture when viewed close up in all its glory. You can also tell that the patterns are not quite symmetrical, which I hadn't really noticed before.

Jeff Folger(non-registered)
Is that what you call them over there? We call them ladybugs on this side of the pond... I think I like your label better... :-)