Topaz plugins added to the mix

For the last few weeks I've been playing with Topaz Labs plugins.

I got started because I discovered their "simplify" plugin which has a number of controls for removing detail from picrtues which, with clever use, can create quite painted looking effects - and of course this fits well with my brushstrok.es work.

You can try all the plugins free for 30 days, which is great (essential really), and I've been giving most of them a good run for their money. For Mother's Day weekend Topaz were running a 30% discount, so I finally decided to commit to a few of the plugins that I like the most and I felt offered the most benefit to my workflow.

The main factors that I considered were not just the overall utility and increasing the functionality of my workflow/toolset, but also seamless integration with Adobe Lightroom. In the case of Topaz plugins, which are designed as photoshop plugins, intergation with lightroom is achieved through a free bridge program called "Fusion". To launch the plugin from lightroom you choose "Edit in Fusion" and then select the plugin. So, it's one extra step/mouse click, but it's a tiny penalty well worth paying for the functionality offered.

The range of plugins available is quite large, hence the 30 day trial makes a lot of sense, but in the end I settled on the following as the ones that give me in particular the most value for now.

The easiest way to think of Topaz adjust is a system to dynamically control the light in your image with specific attention to the underlying levels of fine detail in the image. This means you can create anything from HDR looking images with tone-mapping type effects through to quite "painted" looks, by simplifying the levels of detail. Of course all the usual controls for saturation, grain and noise are available, as you would expect, but in general I ignore these, preferring to use the non-destructive controls in lightroom. If you want to make your skies and expanses of water leap off the page, adjust is the one for you.

One of Topaz Labs "USP's" (unique selling points) seems to be the algorithms they have for identifying and controlling details within the picture. That is, the plugins don't just blindy work at a fixed pixel by pixel level across the whole image, but identify regions of detail and give you the controls to decide how they should be processed. I haven't seen this in other plugins I've tried and it certainly gives the Topaz tools an edge (ha, quite literally in some cases!) for producing some new and unique effects, particularly some interesting control of textures (tree bark for example).

These types of detail/simplification controls seem to exist in some form in the engine in quite a few of the plugins and in the end this is why I decided not to go with the "simplify" plugin, because both the adjust plugin and the clean plugin have some elements of this type of control and I felt the simplify plugin didn't offer enough for me over and above this (given the vast range of "paint effect" tools I have). I could certainly see myself revisiting this decision in future if I change the style/subject of some of my shooting - but for now, adjust is going to be my workhorse, allowing fabulous control of tone and lighting and rendering some of those multi-exposure HDRs obsolete. 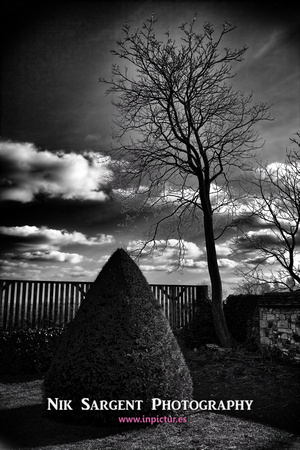 Topaz Clean is described as "Advanced Edge and Texture Control". It's actually quite hard to describe what it does when pushed to its limits, suffice to say that it "does what it says on the tin" by allowing control of surface areas (e.g. smoothing) and controlling the detail of edges. Consquently it can be used to control noise as well, and in the example image below this is what I have done, with great effect on a very noisy, high ISO image. In the final rendition, you just wouldn't know.

This description over-simplifies what Topaz Clean is capable of, as when pushed to the limits it creates somewhat unusual and distinctly pleasing "artifacts" that add a certain painted / hand-created effect to the image. I say "artifacts" because these are not undesirable side-effects of processing, but quite deliberate effects (at a very tight level of detail) that enhance the overall look of the image. It produces sharp little whirls/curls/tails (very hard to describe!) that I think are quite beautiful on the right image.

In my example I have used Topaz Clean to bring to life an image that has been sitting in my collection for a decade looking for a bit of love. IMHO the plugin has worked wonders on this, removing all the noise and fabulously enhancing the wooden textures and (again, quite literally) the "edginess" of the picture. I absolutely adore what it's done here. 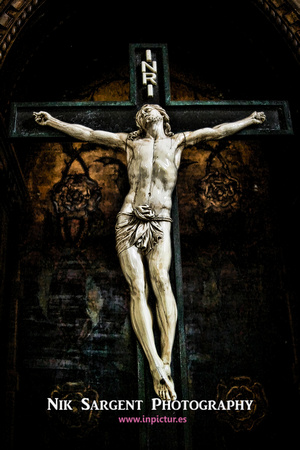 I've not used Topaz Remask in anger yet, but with some portrait projects planned for this year, I know I will and have bought this in preparation. It is definitely one of the most advanced (read accurate but simple) systems for masking I have tried. Until now I thought that OnOne Software masking was pretty effective, Tiffen DFX better still, but Topaz Remask is top of the class. It is based on a simple tri-mask system where you mark what to keep, lose and the edges. You paint the edges in about 4 seconds flat with a big thick brush and remask does the rest, sorting out transparency, fine details like hair and so on. On all my test images I was able to get excellent results in under 30 seconds - though the tool offers scope for tweaking and fine control, so it's possible to tame even the most unweildy of images.

The one downside to remask is it doesn't work from within Lightroom, I'm guessing because masking by definition requires layers and of course layers are not a Lightroom concept. This makes sense, but it would be nice if you could launch it from Lightroom and, say, just produce an image with a Chromakey style (coloured) background which you could then drop into another editor from within Lightroom.

It's a moot point, and it certainly won't stop me making great use of this plugin - it's just a slight change in workflow for images that need this sort of treatment. (Hence I don't have an example yet, but will post later).

All in all I think there is probably something for everyone in the full Topaz kit bag - and the plugins represent good value for money in my opinion. It is definitely worth taking full advantage of the 30-day free trial to identify which plugins work best for you and upgrading to full versions is a simple matter of entering a purchased license key. There's no doubt that the plugins I have chosen will be doing a lot of heavy lifting in future.