I've had the great pleasure of recently receiving some one-on-one mentoring with the renowned Bjorn Thomassen.

I believe it's important, both for personal satisfaction and development, and even more so for the benefit of clients, to continue to master the craft of photography, explore new ideas and creative concepts and hone and expand one's skills as an image-maker. I've been photographing for over 25 years, but that's no reason to get complacent.

So, that's exactly what I was doing with Bjorn, who is not only qualified at European "Fellowship" level (read "World Class") but is also a qualified examiner for formal photography qualifications and licensing.

My interest in choosing Bjorn in particular was to develop my portraiture skills, particularly with a more fantasy and imaginative feel. We had several models lined up, both indoor studio and outdoor location work. But why not judge for yourself, here are some of the results. 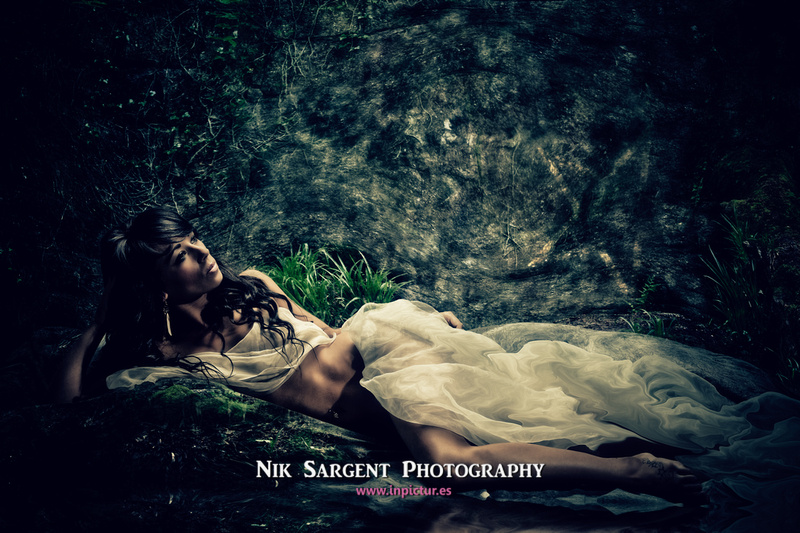 This (above) was originally meant to be shot in a secret wooded location! But unfortunately we were prevented from being able to do so, so we ended up re-creating it in the studio. It's called "Water Nymph" - and my concept for the photo was: "As she bathes in the fading moonlight, she becomes one with the water once more..."

This type of concept is useful for clients when creating images like this, as it acts as a "brief" and helps to frame how the final image will look and communicate the idea. In this image, the concept was an "Angel flying". 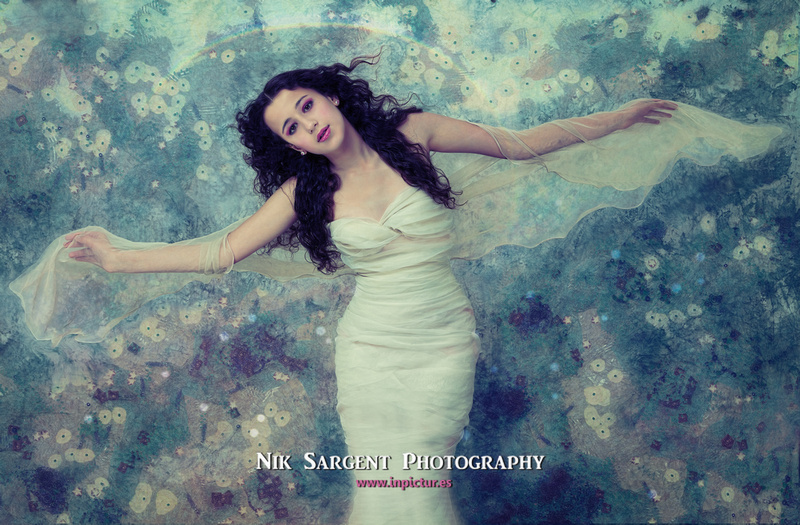 Angel of the Night Sky

In both the above pictures the same sheet of fabric is used for clothing. This demonstrates, I hope, how the photographer himself or herself really brings something to the picture, indeed, is truly responsible for creating the image, not just capturing what the camera sees like a simple polaroid. This is something that separates good photographers from really great photographers and why the world's best photographers are memorable and have recognisable images and are not just "one hit wonders".

It is quite difficult to get men to model (meaning there are not many that will volunteer, not that they are hard to work with!) so for the next shoot we had the beautiful baby Willow. Again, this was shot in the studio, but I wanted to explore the possibility of being out in a secret magical wooded area somewhere. (Again, this was the original intention, but the weather prevented us). So, I used lighting and texture to create the mood. Guess what - the same props again!

We had planned butterfly wings too, but she was having none of it! But that doesn't matter - again, as a professional, it's the photographer's job to get the shot, even with a baby who might only give you 30 seconds' time. (In the end we got about 2 minutes with Willow, so we had loads of time :) ). If you go down to the woods today

In the end we did get to shoot in some amazing locations down in the woods with ancient ruined buildings and wonderful textures, as well as do some more studio work - the images are all in my gallery, but here's a little teaser: 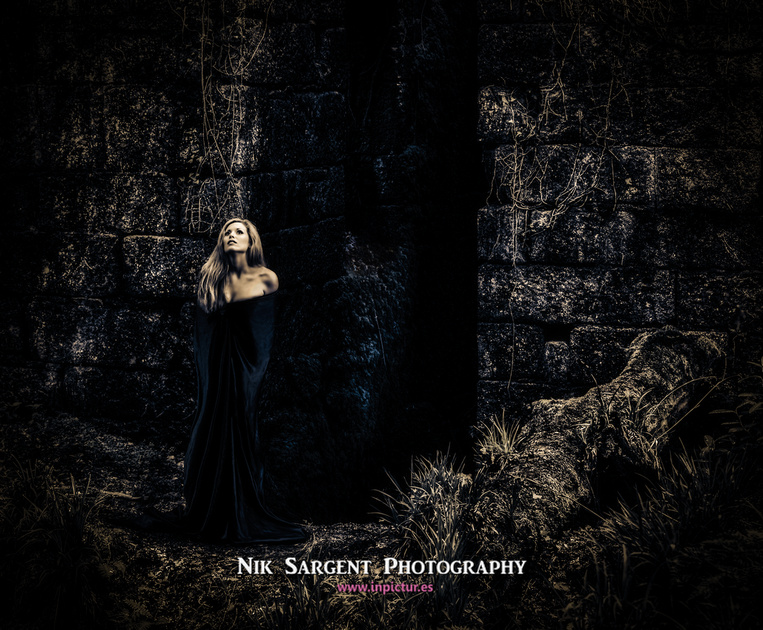 It was a hugely productive and pleasurable four days and shows just what is possible if you pack the work in and allow your creativity to expand unhindered. All of our clients were absolutely thrilled with their pictures - and if you like the idea of having something like these created for yourself, why not get in touch? It's a great experience and a lot of fun, with something memorable to take away and treasure for ever.